Turning to exercise to reduce the risk of dementia As Suanne Kelman grows older, she can’t help but compare her ability to remember to her mother’s memory at the same age.

Kelman’s mother had dementia and she saw firsthand the impact a neurodegenerative disorder could have on a person. Her mother was diagnosed with dementia at the age of 75, but the signs of memory loss and confusion were apparent years earlier. Kelman has a family history of neurodegenerative disorders on her mother’s side and she has seen the illness’ progression among her aunts, uncles and their loved ones.

“Of course it’s a concern, I’ve seen quite a bit of dementia in my life,” says the 70-year-old. “My greatest fear is that it would come and I wouldn’t even know it was there.”

The memory changes that come with age have become more and more obvious to Kelman.

“I used to have an absolutely wonderful memory, so not being able to remember a book title, it drives me nuts,” says Kelman. “My friends and I all think of it as a rolodex that has started to move very, very slowly. Someone will say at the beginning of lunch, you remember her, what’s her name, and at the end of lunch maybe it’ll come back or maybe even four hours later.”

To take care of her brain health, Kelman joined a clinical trial that uses lifestyle changes to reduce the risk of dementia. The study involves researchers from across the country as part of the Canadian Consortium on Neurodegeneration in Aging (CCNA), a national research initiative bringing together more than 300 Canadian researchers and clinicians to tackle neurodegenerative diseases that affect cognition in aging – including Alzheimer’s disease. The clinical trial was conducted at multiple sites across Toronto, including Baycrest, Sunnybrook and UHN’s Toronto Rehabilitation Institute. 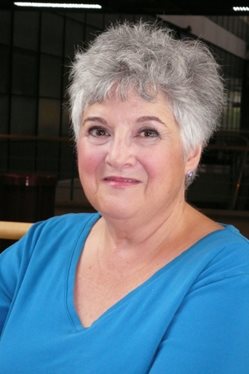 Kelman got involved after hearing a lecture about memory loss and ways to prevent dementia by Dr. Nicole Anderson, a senior scientist at Baycrest’s Rotman Research Institute, director of the Ben & Hilda Katz Inter-Professional Research Program in Geriatric and Dementia Care and CCNA clinical trial team leader on a nutrition, exercise and lifestyle intervention.

“I was aware that there was a connection between physical activity and brain health, but I had a few injuries, so I had to cut back on my exercise,” says Kelman, a retired university professor. “I wanted to get back into interval training and it was great to start again with supervision, and have someone moving me up at safe levels.”

Despite the study being concluded, Kelman has continued her interval training and remains committed to eating well. She is also encouraging others to join the study. Recruitment is ongoing for this study and another CCNA clinical trial. Older adults interested in participating should contact: Kaljani Mahalingam at 416-785-2500 x3315.

“You’re changing the way you live. You get help to overcome your resistance to either exercise or diet changes,” says Kelman. “You get encouragement from the group to alleviate your feelings of guilt and resistance, and you start understanding that it’s all within your own control and it’s not someone imposing something on you.”

This article was originally published on June 19, 2019 by Baycrest Health Sciences.